The extended Haug family gave thanks for more than usual on Thanksgiving Day 2016.

Stephen Haug, then 66, opened a card handmade by his granddaughter, Jaidyn. The front announced, "Surprise!" The inside read, "My mom's a match!"

After living with kidney disease for years, including almost a year on at-home peritoneal dialysis, Stephen was on his way to receiving a new kidney. And his daughter, Jamie, was on her way to giving it to him as a living kidney donor.

Steve owns a construction company. When he's not at work, he can often be spotted on his tractor mowing his properly. Jamie Fountaine is a hairstylist and enjoys swimming and dining out with her husband and daughter. Along with Steve's wife, Cathy, and Jamie's siblings, the Haugs enjoy small-town life and family togetherness in Holton, Kansas.

That life took a turn when Jamie was pregnant with her daughter, who is now 10. Steve, experiencing abdominal pain, visited his doctor. He was referred to a nephrologist, and imaging revealed kidney stones. The stones were removed and the pain relieved, but the Haugs were warned that this sign of chronic kidney disease likely predicted future problems. Steve was able to remain off dialysis for the next 8 years, but by then, his kidney function was poor. Dialysis became necessary while the family explored the possibility of a kidney transplant.

"My dad is a workaholic and rarely sits still, so it was really difficult to see him hooked up to a machine for 11 hours a day," Jamie says. "I had heard about living kidney donation, and I was ready to be tested immediately. From the beginning, I knew I would do this for him if I could." 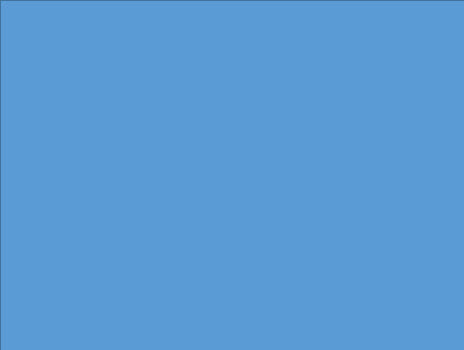 When Jamie Fountaine saw how her father's life was impacted by his kidney disease, she felt the urge to help. "I had heard about living kidney donation, and I was ready to be tested immediately."

Steve made an appointment with specialists at The University of Kansas Health System to undergo the testing required to join the waiting list for a kidney. Meanwhile, Jamie pursued the evaluation process. When Steve learned his blood type was B-positive, Jamie called her doctor to doublecheck hers: B-positive.

"That was when things suddenly got very real," Jamie says.

Steve's heart health did not allow him to immediately take his place on the kidney waiting list, but the family considered it fortunate that the evaluation revealed unknown heart blockage that required treatment. Doctors put in a stent, and Steve worked to recover and build his strength before revisiting the waiting list. Jamie continued her testing.

She worked with the living donor kidney team at The University of Kansas Health System.

"Jamie knew in her heart she wanted to do this," says Melissa Fowler, RN, living donor coordinator. "She wanted to get her dad back to his life, back on his tractor mowing his yard. Working with them, I was truly struck by the love between them."

Jamie passed a phone screening and completed a detailed questionnaire. She took her blood pressure twice a day for 5 days and reported the data. She received a cross-match kit by mail, and a friend of hers, a nurse, took a blood sample.

"I hate needles," Jamie laughs. "I kept asking myself, 'How is this wimpy girl going to donate a kidney?'"

Just 2 days before Thanksgiving, Jamie got the news. She was fully approved to donate a kidney to her father. Jamie's daughter made the announcement card.

"She was just beginning to work on her cursive, so at first, my dad was like, 'What?'" Jamie says. "But then it started to sink in. For all of us."

Steve and Jamie's family members were all extremely supportive. Jamie's mother, described by Jamie as a born caregiver, was nervous about 2 loved ones undergoing surgery at the same time, but knew her husband was in need and that Jamie's mind would be difficult to change. Jamie's husband was quick to say, "I would do the same for my family. I get it."

That left only Steve for Jamie to convince.

"Dad had a hard time through all of it," Jamie says. "Accepting a kidney from your child is not something you ever want to have to do. He kept saying, 'I don't know. I don't know.' But I knew. I hoped he would accept the kidney. I wanted him to have it. But I told him if he wouldn't take it, I would give it to someone else. Even that would help him, if someone on the list in front of him would come off it and he would move up. I really do believe I was ready to go forward with that."

Jamie convinced her father she wanted to give this gift. They scheduled their surgeries and the process unfolded seamlessly.

"In pre-op, he said to me, 'Thank you for doing this. I already feel better,'" Jamie says.

After surgery, Jamie's kidney, now Steve's kidney, immediately began to work. The morning of the transplant surgery, the level of Steve's creatinine – a waste product filtered from the blood by healthy kidneys – measured at an astonishing 17. Today, it is 1.14, right in the middle of the normal range for adult males.

"This whole process was concerning for me because I was worried about Jamie," Steve says. "But she has always been a very giving person. I questioned her often and made sure she really wanted to do this. She was positive. So we gave it a go. We have had hardly any problems and are very thankful."

"I feel such a sense of relief," Jamie says. "I was able to help my dad and take him off the waiting list so someone behind him could move up. I know it was hard for him to take my kidney. I had early concerns, too. What if I need that kidney someday? What if my daughter needs it? But I realized it wasn't about the what-ifs, but about right now."

Another factor that helped cement Jamie's decision was an illness her father suffered around Christmas 2016.

"He had gotten very sick, and I was so worried that he wasn't going to bounce back," she says. "At that moment, my fear of not being able to donate my kidney was far greater than my fear of doing it. That was a real aha moment for me."

Jamie and Steve both recovered quickly.

"It's a relief to be off the dialysis machine, very freeing, and none of this seemed to slow Jamie down," Steve says. "I've never felt better. Everything turned out well, and I feel very fortunate."

Jamie has no regrets.

"The University of Kansas Health System was absolutely amazing about everything," she says. "Everything went just as smoothly as you could imagine. My dad is once again out living life instead of sitting hooked up to a machine. I would do this again in a heartbeat."

The gift of living donation

David, 58, received Ellen’s “extraordinary gift of life” in August at The University of Kansas Hospital’s Center for Transplantation. Learn about their kidney transplant story.